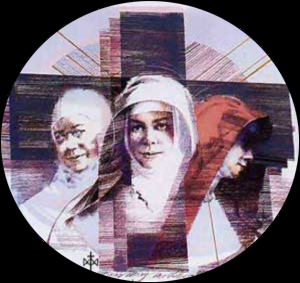 In the parable an enemy tries to destroy the work of the farmer by sowing weeds in his crop. This would make extra work for the harvesters and some weeds look the same as the crop so it is difficult to separate the two. In the same way, some-one who does not agree with me, can sow seeds of doubt and dissension and spoil the efforts we have put into something.
Several times in Mary MacKillop’s life people tried to upset what she was trying to do, to change the structure of the Congregation, and take control. One such time was what became known as the Visitation.
On returning to Adelaide, Mary received a letter dated 4th July 1883 from Bishop Reynolds announcing an Apostolic Visitation ”for the maintenance of order and discipline in the Religious Houses of this Diocese… into all matters, Spiritual and Temporal”. Beginning on 10th July 1883 all diaries, account books and bank books were to be ready. The Sisters were vowed to silence about their own examination. The oath taken by each Sister bound her to answer all questions truthfully, never to repeat to anyone what had been said during the examination and to inform on any abuses or wrongdoing that needed changing in the Institute. Mary believed it was under the instructions of the Holy See and was surprised when in April 1984 she received a letter from Rome, that Reynolds had not received any special powers or instructions from Rome. In a letter written by Reynolds to Rome he had not a single good word to say of her but spoke of “unrelieved abuse of her habits, her methods, her motives and her duplicity.” (see Mary MacKillop, Paul Gardner P283…)

Mary was banished from Adelaide and in a letter to Dr Campbell wrote: “The whole affair is a mystery to me, but I hope God will be glorified in the end and His most holy will worked out.”

To Sr Mechtilde she wrote: “I am so sorry for him, but night or day cannot forget his cruel writings to me. It is strange but last night is the first time that I did not wake up dreaming of some thing or other that he wrote”. Some months later: “Our good friends of the Visitation have done their best one way or the other to ruin my reputation, but God’s will be done…I feel that death would be preferable to returning to Adelaide.”

Sit with Mary and ponder on her words and how she must have felt.
Consider in prayer any time you have suffered a similar attack on your reputation by someone you considered a friend.

Those who focus their faith on God,
Who find their security there, do not have to live in fear.
They are not left untouched by the tempests of this life,
And they may be wounded by the onslaughts of evil,
But their great God does not leave them to suffer these things alone.
The Lord cares for them and delivers them
Even in the midst of the conflicts that plague them.
If God is truly your God, you do not have to be afraid
Of the enemy that threatens or the affliction that lays you low.
Men and women all around you may fall, never to rise again,
But the Lord is by your side to raise you to your feet
And to lead you to ultimate victory. 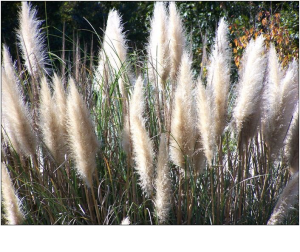